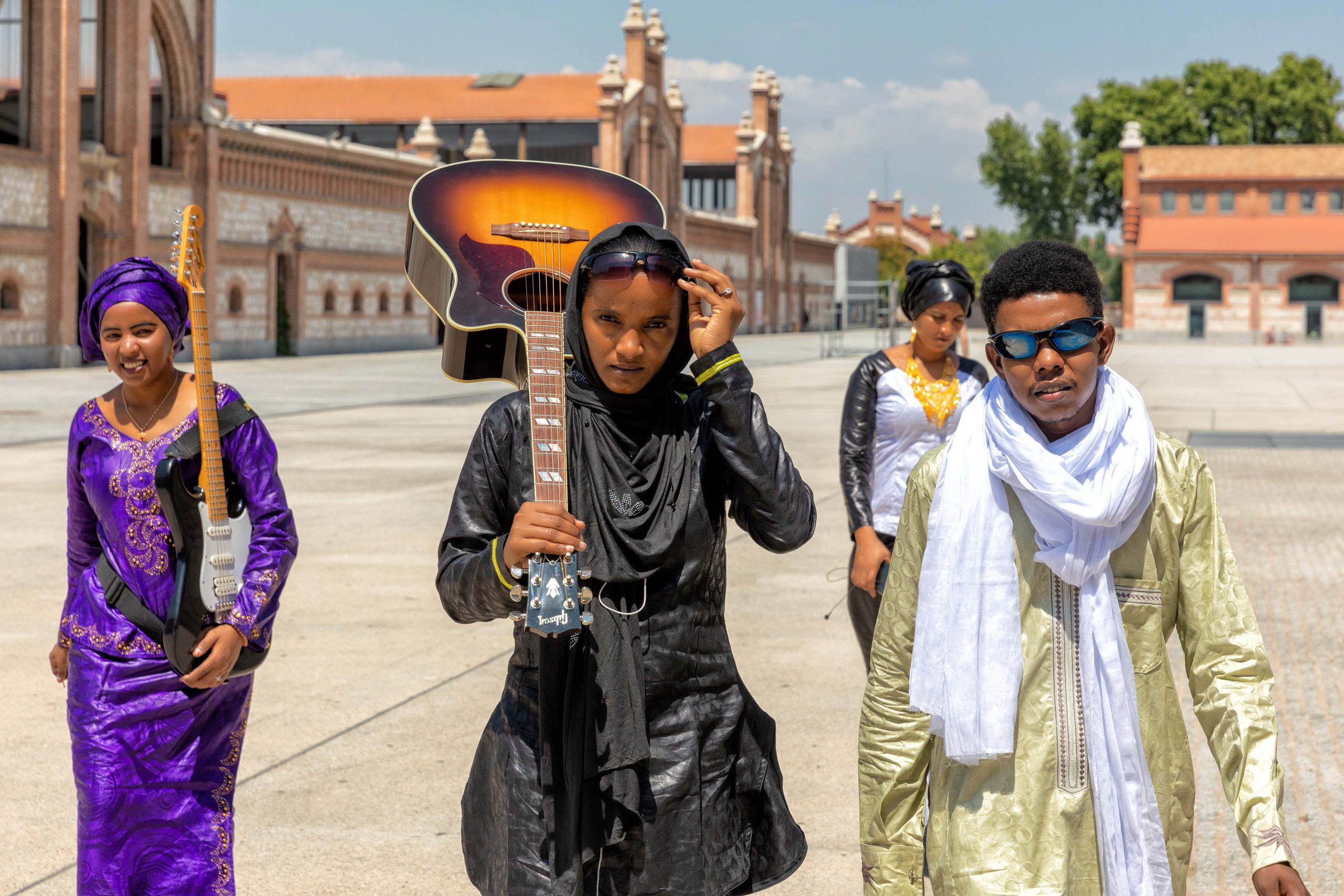 Les Filles de Illighadad (“daughters of Illighadad”) was foundedin Illighadad, Niger in 2016 by solo
guitarist Fatou Seidi Ghali and renowned vocalist Alamnou Akrouni. In 2017, they were
joined by Amaria Hamadalher, a fixture on the Agadez guitar scene, and Abdoulaye Madassane, rhythm guitarist and a son of Illighadad.
Les Filles de Illighadad’s music draws from two distinct styles of regional sound, ancient village choral chants and desert guitar. The result is a groundbreaking new direction for Tuareg folk music and a sound that resonates far outside of their village. In the past years, the band has toured nonstop,
bringing their highly specific sound to distant corners of the globe.

Les Filles de Illighadad’s third full-length, At Pioneer Works, was recorded over two sold-out shows in Brooklyn, NY in Fall 2019 at the tail-end of two years of nonstop touring in support of the band’s 2017 album Eghass Malan. Writing about the shows for The New Yorker, music critic Amanda Petrusich writes: “The crowd in Brooklyn was entranced, nearly reverent. Les Filles’ music is mesmeric, almost prayer-like, which can leave an audience agog… whatever rhythm does to a human body—it was happening.”